Guess what guys.
I faced my demons. I baked yeasted bread, not quick bread. After my yeast failure two years ago, I’ve became satisfied with making loaves and loaves of banana bread. I was banana-bread obsessed for a good year (until I finally cracked the code!). But that will be a future post.

If you have a good mixer, putting together this bread will be a breeze. There is a preliminary step of making the tangzhong, a roux made from flour and water heated to 65°C. It makes the bread magically tender, soft and asian-bakery-like. 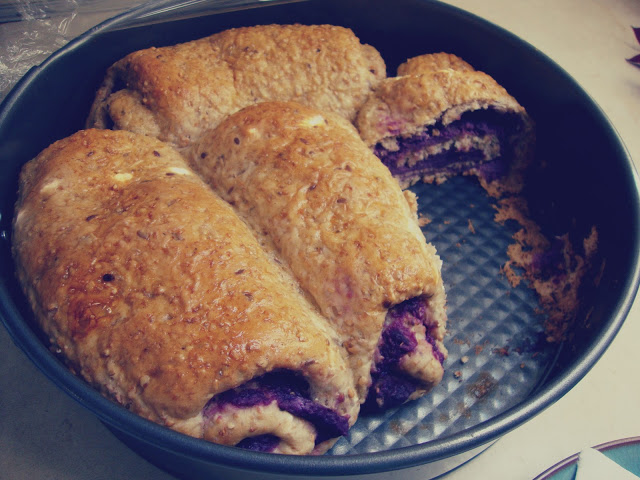 I happened to have purple yams on hand which inspired me to swirl ube filling in the bread, but you could honestly do whatever you want with the dough. It’d still turn out fantastic. Do you want a sweet filling swirl (ube, red bean, apple-cinnamon, thick jam, nut butters, marzipan, coconut custard…) or savory (cream cheese + herb + garlic, cheese + chive, hummus, pesto + sun-dried tomatoes, antipasto…)? Or would you just like the dough beautifully dotted with seeds, nuts, dried fruit? It’s all up to you.


I made this bread with all-purpose flour previously, and it really did remind me of TNT bakery tray bread in its texture. This time I used multigrain bread flour, resulting in a sturdier bread with slightly more chew. Not to mention it’s healthier!

Look at those cute bunbuns. This is after I let it rest for 15 minutes, after the first rise.

Instead of throwing flour all over your counter, hands, rolling pin, save yourself the mess with good ol’ parchment paper. 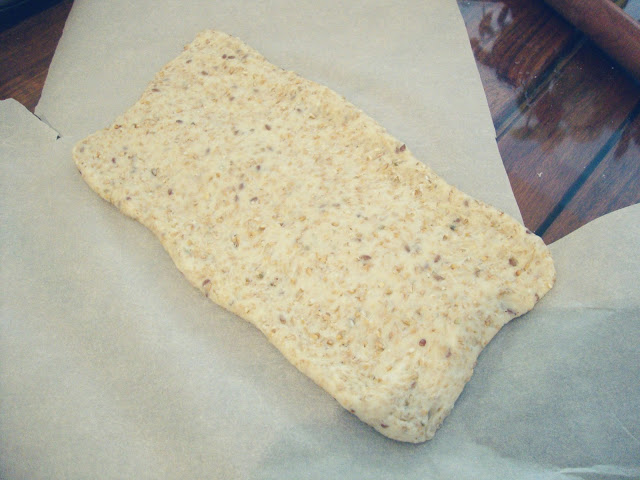 It also makes it a lot easier to roll into a nice rectangle, since the fold of the parchment paper guides how far you roll.

Slather on your choice of filling– mine is ube, or purple yam. After steaming and mashing them, adding a bit of coconut milk and sweetened condensed milk transforms the humble yam into creamy, earthy goodness. It’s a little less starchy and rough on the palate. I’ve always disliked yam for that reason, but the filling would totally satisfy my dessert cravings.

You could skip the condensed milk if you’re looking to mega-healthify this recipe.

Roll ’em up like…tortillas? Do you roll up tortillas like this?

Wait 40 minutes for the magic to happen. The four risen rolls filled up my 10-inch springform pan quite perfectly. I would say it yields 8 servings. 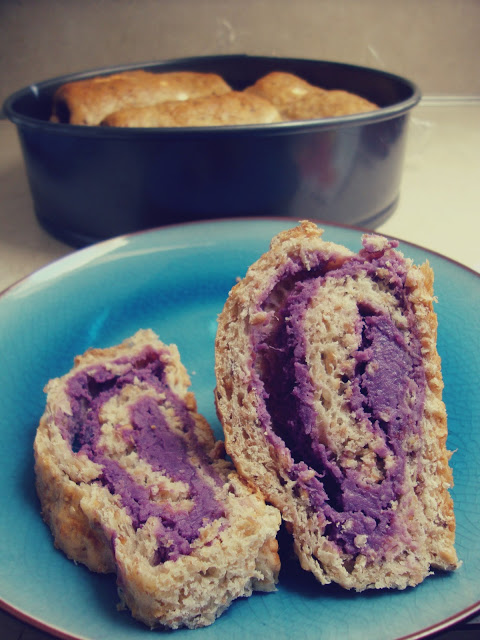 Next time, I would try…

And now the handy printables: