This past weekend trip came together on its own, a natural itinerary… our family loves hiking, and a few Google searches later, I discovered the gem that is Olympic National Park. It’s so close (relatively) to where I live, it’s hard to believe that we’ve never heard of it before, or considered going. I planned a day and a half in the park, and a day and a half in Portland.

ONP is a beast of a park, with forest, ocean and mountain ecosystems… navigating the website to plan the trip was both exciting and overwhelming. I realized that we could easily spend a whole week there to hike the trails, enjoy the sights, take in the beautiful coastline, look for wildlife… I mean the drive around the perimeter alone, as we discovered, takes up a good part of the day– 4+ hours.

We got to the park 6 hours later than planned due to car issues, so we ended up driving really fast (but within speed limits, of course) to the main sights to see– Hurricane Ridge, Lake Crescent, Hoh Rainforest… we also wanted to get to Sol du Lac Falls, but the park was so. vast. 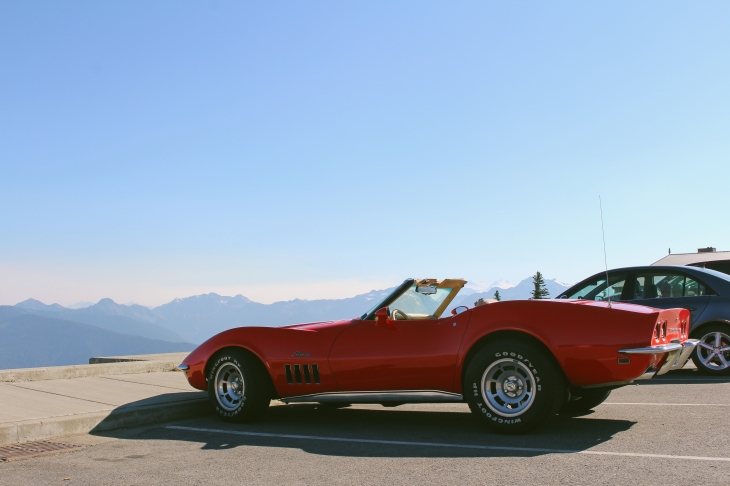 I feel like I rarely get a glimpse wildlife whenever I’m hiking through forests or in parks besides the occasional squirrel or bird, but on our drive down Hurricane Ridge, we saw a mama deer and a little fawn! 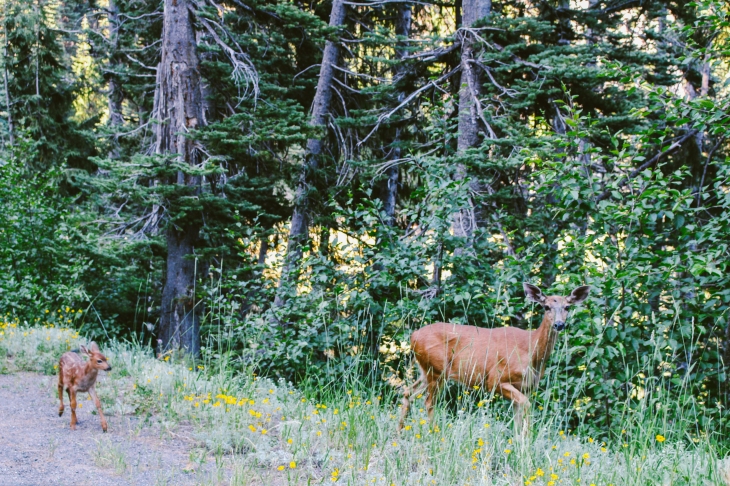 We had to decide if we wanted to go to make it to the beach in time for the sunset, or visit Hoh Rainforest– and we went for the latter. We got there as the sun was setting, and decided to quickly run through the Hall of Mosses trail… and then we spotted an elk…

Something about seeing an animal in its natural habitat (ie. not in a zoo or behind glass) is simultaneously beautiful and terrifying. I mean, elks are pretty darn large, and my knees went weak immediately stumbling across the elk, right in front of us. If it had been a bear up close, I’d be done. I’ve been a city girl for too long.

We reached Ruby beach around 10pm, and we were still able to enjoy the residual light from the sun… 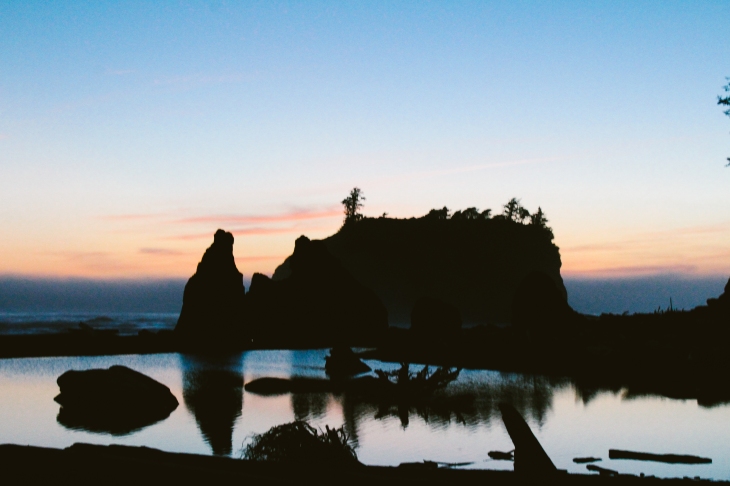 A peaceful end to an unintentionally hectic, rushed day.

Day 2 was in Portland, which will be the next post– food places and all!