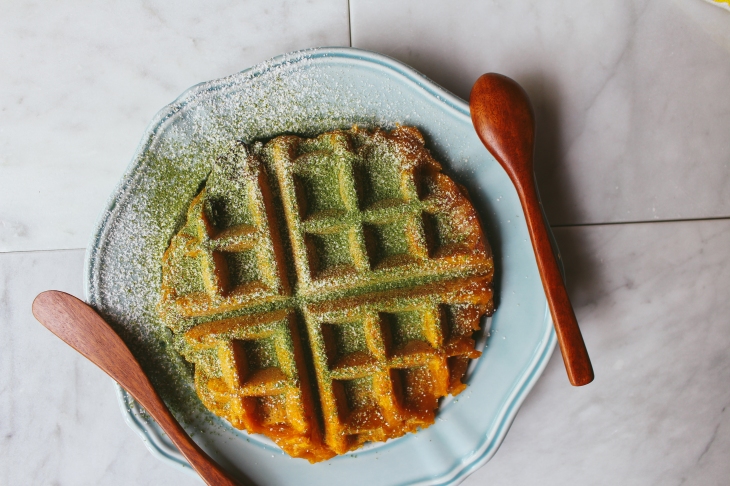 These are really good. Shockingly good. Like, why-have-I-not-waffled-everything-in-sight-yet good.

I don’t have much to say about them, other than you should make them, and eat them 0.000243 seconds fresh out of the waffle iron. 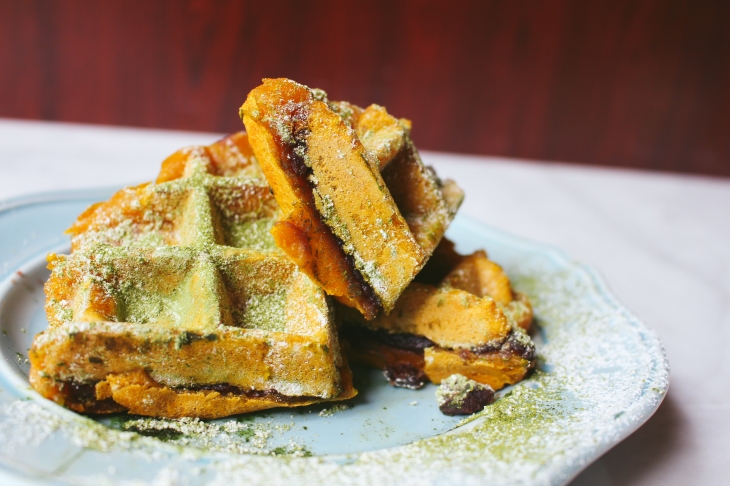 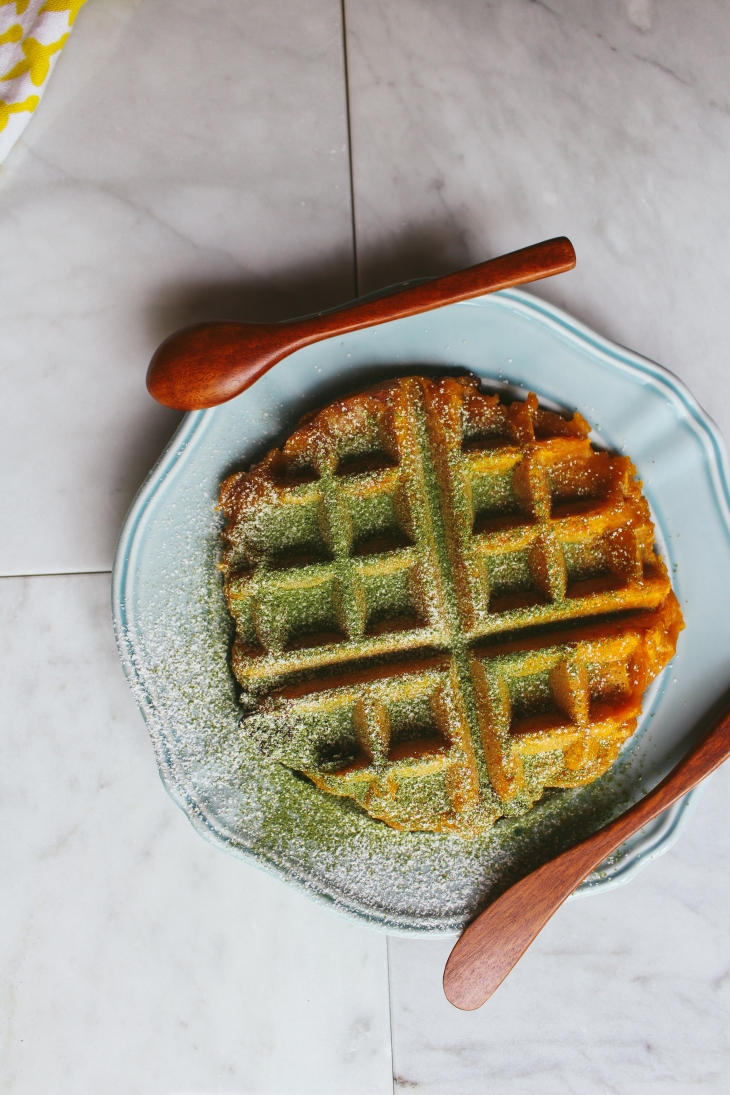 This started off as a glutinous chinese pumpkin bun stuffed with red bean paste, but the dough was still too sticky, despite having added twice the amount of rice flour stated in the recipe. I knew it was because the moisture content of my pumpkin puree was much higher, but my house was entirely out of glutinous rice flour, and I didn’t feel like making the trip to TNT, nor did I want to compromise the mochi-ness of the bun by adding regular all purpose flour.

So I decided to waffle it, which never ends up badly, according to buzzfeed. I also recalled seeing something similar on Mandy’s blog, so I went ahead and plugged in my waffle iron. 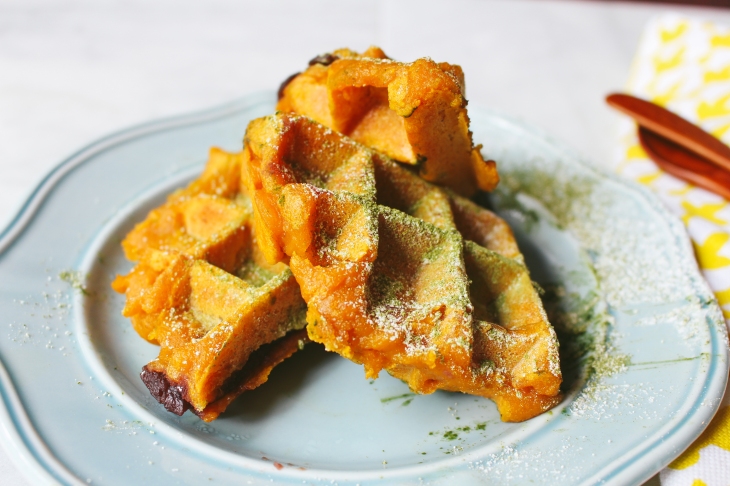 These waffles are also relatively~ “healthy”… no butter or oil, except to grease the iron. No sugar in the mochi, but definitely sugar in the red bean paste. And uhhh, also it’s unintentionally gluten free?

Not that I have to justify anything, because these are so darn good.

If you don’t like red bean paste, of course you could sub in nutella or your favourite nut butter. Ugh, I can imagine these stuffed with chunky apple compote, dusted with cinnamon sugar… the perfect fall treat. 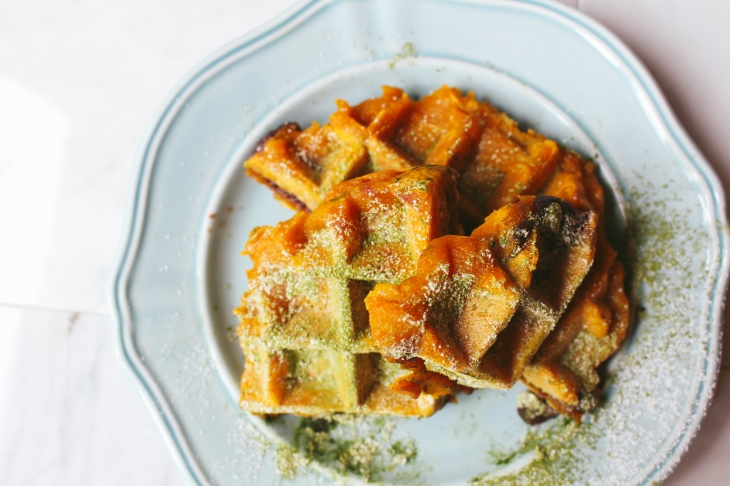